Catch a set by the JERICHO ROAD SHOW along with solo sets by members, Libby Rae Watson & Wes Lee.

Libby Rae Watson, finding member of the LIBERATORS Band and veteran of the live stage has placed high in the IBC two years in a row representing the Indianola Blues Society. 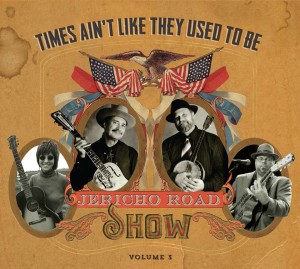 The JERICHO ROAD SHOW on tour for the Mississippi Development VISIT MISSISSIPPI AMERICANA IN MISSISSIPPI PROGRAM will be out at Shacksdale, Hobson’s and around town. We are looking forward to seeing YOU there too!

More info on exact times and spots as we get it! 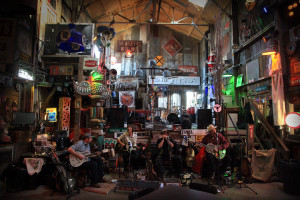 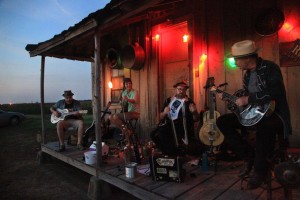 The Jericho Road Show at Shacksdale on the Porch!

Juke Joint Festival is “half blues festival, half small-town fair and all about the Delta.” It celebrates our past AND living history by presenting over 100 blues acts during the course of the weekend — most of them Mississippi or Southern, many in their 60s, 70s, 80s or even 90s! This is the real-deal Mississippi blues festival that you’ve read about. It is like no other in the world.

During the daytime, you can expect a dozen small stages with authentic blues. At night, we feature all of our surviving juke joints, blues clubs and other indoor stages — last year included 21+ venues.