4/6 Music of the South Symposium

4/6 (WED) Center for the Study of Southern Culture

Music of the South Symposium

University of Mississippi (Ole Miss) Special program with Dr. Ted Ownby, Director of the Center for the Study of Southern Culture, Professor of History and Southern Studies. (All around a very COOL GUY!)

Center for the Study of Southern Culture

Please make plans to join us. The Jericho Road Show will be participating in a panel discussion and playing music at the evening reception. 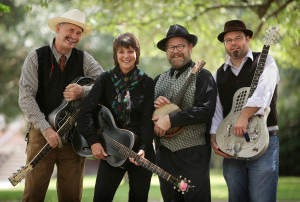 Center for the Study of Southern Culture University of Mississippi

Music of the South Symposium: Defining and Presenting Tradition in Southern Music @ University of Mississippi

This spring’s Music of the South Symposium will investigate the creation and performance of the South’s various traditional music forms. The one-day symposium, “Defining and Presenting Traditional Music,” sponsored by the Center, Living Blues magazine, and the Blues Archive, takes place on Wednesday, April 6, and features lectures, discussions, films, and musical performance.

Most events will take place in the Faulkner Room of the J. D. Williams Library. Speakers will include University of Virginia Music Department professor Karl Hagstrom Miller, author of Segregating Sound: Inventing Folk and Pop Music in the Age of Jim Crow, and Mississippi Arts Commission folk and traditional arts director Jennifer Joy Jameson. A panel discussion will include UM Music Department professor Ian Hominick and Mississippi Folklife music editor Jamey Hatley. At the noon brown bag presentation in Barnard Observatory, Scott Barretta will discuss his scholarly work on folk revival leader Izzy Young, and in the afternoon, back in the Faulkner Room, Joe York of the Southern Documentary Project and Scott Barretta will present their new film, Shake ’Em on Down: The Blues According to Fred McDowell.

The Music of the South Symposium alternates yearly with the Blues Today Symposium, also sponsored by Living Blues and the Center.

The band Jericho Road Show will give a performance, and they will also participate on a panel at the conference. Jericho Road Show is self-described as “an all-acoustic international super-group of seasoned musicians” that plays American roots and blues music “on tubas, washboards, upright bass, harps, National guitars, ukuleles, banjos, mandolins, trombones, and yes, even the saw.”

The symposium is free and open to the public. Check back for a full schedule.

4/6 Center for the Study of Southern Culture